Memorial Stadium Recognized by ABC of the Carolinas and Building NC!

ABC OF THE CAROLINAS EAGLE AWARD FOR EXCELLENCE IN CONSTRUCTION (2021)

This annual award ceremony The ABC Carolinas Chapter Excellence in Construction (EIC) Awards is a yearly competition in which general contractors and specialty contractors submit their projects for recognition. The EIC program is the premier competition within the Carolinas construction community that recognizes outstanding projects ABC members have built. 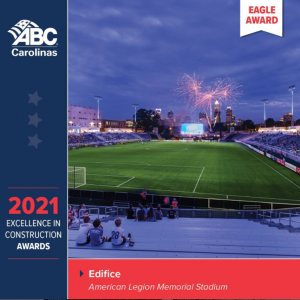 Building NC awards highlight some of the state’s most impressive commercial real estate projects, based on design, innovation and community impact. 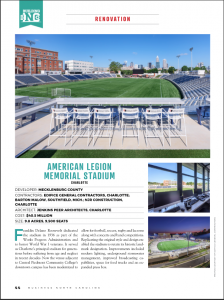 It wouldn’t have been possible without such an amazing team! Congrats to all—it was truly an honor to be a part of renovating Mecklenburg County’s historic stadium! 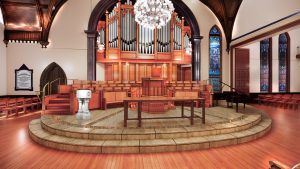 First Presbyterian Church, located in the heart of Uptown Charlotte, is deemed to be one of the oldest structures in the city. Originally built in 1857, the church was added to the National Register of Historic Places in 1982.⁠⁠ 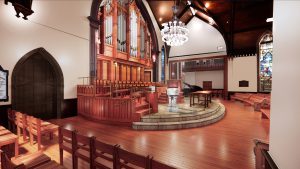 The renovation improvements of the project center around a new chancel and choir loft that is highlighted by a new pipe organ. The scope includes aesthetic, acoustic and functional updates to the Sanctuary and Chancel, Sacristy, Apse, Transept, Welcome Center, and Historic Lobby. It also includes the addition of a new ADA lift to the top choir platform, new sanctuary lighting, and restoration of the heart pine wood floors. While focusing on the new chancel and choir configuration, the redesign includes an improved existing pulpit, marble floors, white oak millwork, bronze railings, and a piano lift that can be utilized for the relocation of the chancel furnishings to create a venue for recitals, performances, and other events. 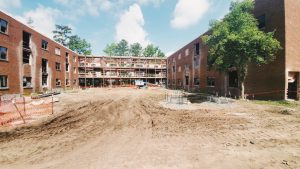 When given the chance, an old building can often surprise in its ability to take on a new use. This adaptive re-use project at UNC Pembroke is a great example of transformation. Originally designed as a residence hall in 1965, West Hall now houses the IT Innovation Center for students and faculty. The team was excited to work with UNC Pembroke to breath new life into the structure, and provide the campus a building they can use for many years to come.

Taking you inside American Legion Memorial Stadium during Media Day! 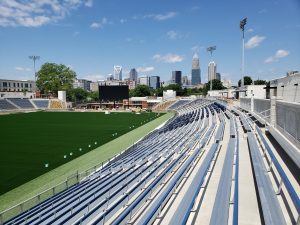 With enrollment growing each year, Agnes Scott seeks to raise funds for the renovation of a building that was built in 1891 and is known as the heart of campus.

Honored to continue our relationship with Agnes Scott College!

We are so honored and excited to be working on the renovation of Main Hall at @agnesscottcollege ! Following on our successful renovation of neighboring Rebekah Hall, which was certified #LEED Platinum & received the Georgia Trust Chairman’s Award for #HistoricPreservation, it is now Main’s turn to shine again. This gorgeous 130-year-old High Victorian project houses the Office of the President, the Dean of Students, and Communications and Marketing, along with over 90 student beds. We can't wait to show everyone the great things being planned! . . . . #agnesscottcollege #scotties #agnesscott #jenkinspeerarchitects #leed #sustainability

A post shared by Jenkins Peer Architects (@jenkinspeerarchitects) on Aug 21, 2019 at 3:10pm PDT

A post shared by Jenkins Peer Architects (@jenkinspeerarchitects) on Mar 6, 2019 at 5:29pm PST

Design is underway on the Charles R. Jonas Federal Courthouse and Annex in Charlotte, NC

Work has begun on the renovation and restoration of Charlotte’s historic Charles R. Jonas Federal Courthouse (ca. 1915), preserving the character and architectural details of the original structure and upgrading building systems throughout. In addition to the 134,400-sf renovation, an adjoining 198,000-sf Annex is being designed to meet the long-term space needs of the Courts, while addressing security and circulation deficiencies within the existing facility.

Combined, the renovation and addition will provide a total of ten courtrooms: three District, two Senior District, one District Special Proceedings, two Magistrate, and two Bankruptcy courtrooms. Additionally, space will be provided for the US Circuit, District, and Magistrate Courts; US Marshals Service; US Probation Office; US Public Defenders; US Attorney’s Office; and the GSA’s Public Buildings Service.

As Architect-of-Record, Charlotte-based Jenkins•Peer Architects is directing the design effort with a team including Robert A.M. Stern Architects, noted for their ability to create distinctive public buildings that establish a strong civic presence, and Ricci Greene Architects, the nation’s premier courts planning and design firm. The project is being administered by the US General Services Administration.

The work will be accomplished in phases, with the new Annex scheduled for completion in Fall 2020 followed by completion of the existing courthouse renovation in Fall 2022. The completed complex will serve as an anchor for revitalization and future development in Charlotte’s Central Business District, with a design that reflects the dignity, ideals, and stability of the Federal Government.